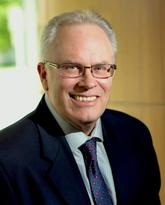 The Jirik lab has considerable experience with the generation and analysis of transgenic animals as a means to study gene function in vivo, including the creation of models of human genetic disease. Engaged in research activities spanning various disciplines, the work has involved a variety of collaborative projects, past and present, including:

(vii) and we have collaborated with Drs. Hans Vogel and Aalim Weljie (University of Pennsylvania) on various metabolomics studies. We have also made use of bioluminescence imaging of tumor and gene reporters in various projects, and have extensively used micro-computed tomography with our main collaborators, Drs. Stephen Boyd and Benedikt Hallgrimsson.